There are many blackjack variations available in casinos today. You need to find out more about each to know which version is best for you.

Pontoon is used variously from one continent to another. Its meaning in the UK varies from Australians and Malaysians call Pontoon. The Pontoon blackjack in America is quite close to Spanish 21 played without a whole card. 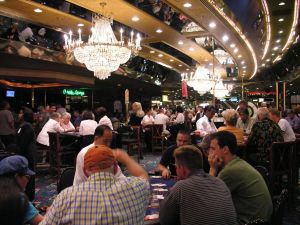 Spanish 21 is a very liberal blackjack version which permits player to make many moves such as doubling down any number of cards and surrendering later in the game. It also offers players better bonuses not just on winning the blackjack but even the simple 21 by any other combination.

21st Century Blackjack is also known as Las Vegas Style Blackjack but is more common in California casinos. This blackjack variation is probably the only one where a player does not simply loose because he has busted but has to await the dealer to play his hands and see if the player has also not busted. Whoever busts with a smaller margin is the winner.

This is probably the only blackjack variation where the dealer's cards are both dealt face up but this is catered for by the fact that the dealer pays only even money and the player looses a tie.

Chinese Blackjack is found mainly in Asia and has no provision for splitting cards though introduces its own card combination requirements.

This blackjack variant allows a player to be dealt two additional cards and to switch cards them between his hands. In a scenario where a player received 10 and 6 and later received another 10 and 5 the player can switch them to make a 10 and 10 on one hand and a 5 and 6 on the other. The only disadvantage of Blackjack Switch is that a blackjack or natural is paid in the ratio of only 1 to 1 when other variants pay as much as 3 to 2.

Elimination Blackjack is basically a tournament of blackjack.

This is another liberal blackjack which allows players to increase their bets on seeing the dealer's up card but the catch is that blackjack only pays even money and the cards are dealt from Spanish shoe.